Antonio Margheriti's popular Vietnam war actioner was released on dvd and vhs by Vipco in 2002. The print was letterboxed at 1.85:1 and looked really good. Unfortunately it was cropped from it's original 2.35:1 ratio. Still this was the best version available on DVD for some time and was a welcome relief after years of awful pan & scan vhs tapes.
(DVD menu) 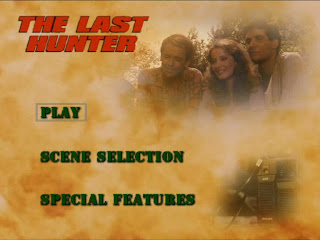 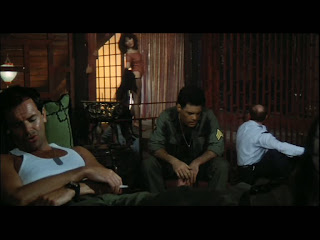 Despite the uncut claim on the packaging it was actually missing 30 + seconds of footage. This is not due to censorship however, it was simply missing from the master Vipco received from the licensor. The missing footage consists of David Warbeck introducing himself to John Steiner's crazed colonel. In this version the scene starts halfway through as Steiner lowers his binoculars. The US Dark Sky and Danish AWE release contain the full sequence. Interestingly, neither of those releases are complete and are missing footage found in the Vipco version:

On the AWE and Dark Sky dvd's we hear the soldier say bye to the girls but we don't see it, instead the scene starts as the waiter walks towards the second table.

Later, around the 36  minute mark (just before 'Stinker Smith' gets killed by the trap) the following dialog is missing:
Morris: 'Easy does it there's been traffic through here
Carlos: 'I'm watchin', man, I'm watchin'!'

On the AWE and DS releases this scene is silent.

The only version of the film I have seen which contains all the missing footage is the UK pre-cert from Intervision. 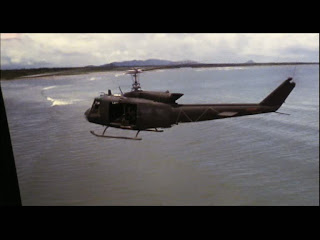 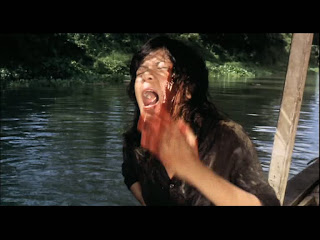 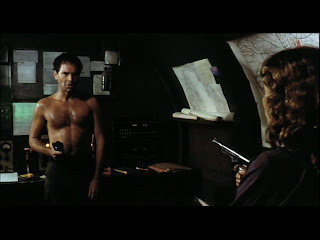