'HAUNTED BY A CHILDHOOD TRAGEDY HE IS DRIVEN TO KILL. AND KILL....'

For their 50th release Vipco chose to release Sergio Martino's much loved Giallo TORSO. This appears to be quite a rare tape and I've only ever come across one copy - which I promptly snatched up! I've only briefly skipped through the tape but the print used appears to be Joseph Brenner's US cut and is letterboxed at 1.66:1. Sadly, the BBFC insisted on 50 seconds of cuts.

The front cover and sleeve notes have been taken directly from the UK Pre-cert released in 1982 by Iver Film Services. That edition also used the Brenner version so I wouldn't be surprised if the transfer was also lifted from that tape, too. 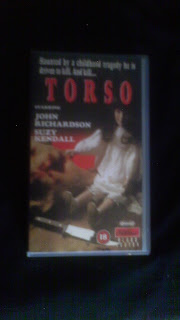 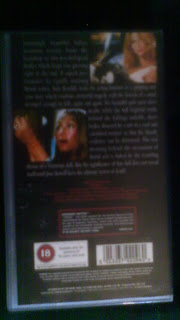 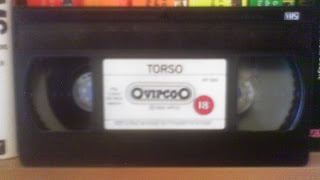 TORSO was later due to be released by Redemption in it's original form but that release was cancelled. It wasn't until 2007 that TORSO made another appearance in the UK when Shameless issued the full, uncensored Italian cut on DVD. A Blu-ray containing both the Italian and US cuts has since been released in the US by Blue Underground.